3 Tips to Keep Your Pipes from Freezing 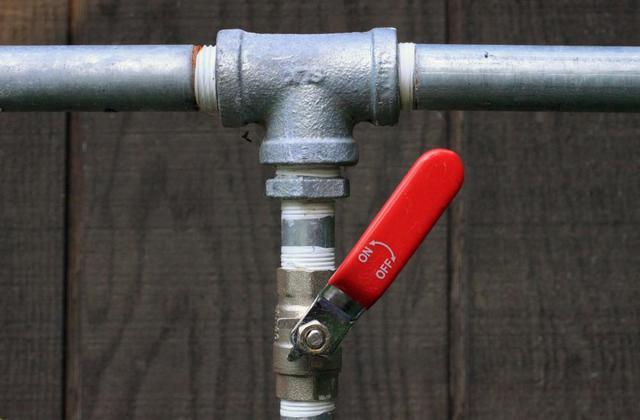 Although this winter is set to be on the mild side, we’re still going to see plenty of cold stretches, and one of the biggest issues that arises in our customers’ homes is frozen pipes. This is especially common in western Michigan, where plenty of people close up their lake houses for the winter. But there are some simple things you can do to keep your home’s pipes from freezing without having to buy or do anything special. Here are the top three.

We’re not talking about a steady stream here, but leaving a faucet open just enough for it to drip can keep water moving enough to prevent a frozen blockage.

One of the biggest reasons pipes freeze is that they’re closed off from the heated air in the house. If you open the cabinets under sinks and other plumbing fixtures, and keep interior doors between rooms open, you can increase airflow to the pipes and keep them warm enough to prevent freezing.

3. Set your thermostat and keep it consistent

Not home? Leave the thermostat set to at least 55 degrees. That’s high enough to keep the pipes warm without draining your wallet.

Home but being thrifty? You can also go as low as 55, but the most important thing is to keep your thermostat consistent. Many people lower the temperature at night, but that ebb and flow when it also gets colder outside can lead pipes - especially the exterior ones near doors and windows - to freeze.

There are other measures you can take, of course, depending on how much money and time you want to spend, but these three tips don’t require a trip to the hardware store or anything more than a walk through your home and a few simple tweaks.

If you suspect your pipes are at risk of freezing (it can happen at 20 degrees or below, or even warmer if you live in a very windy area and/or have a lot of exterior wall pipes) and want help, or you’re dealing with a burst pipe in western or central Michigan, give us a call to schedule an appointment.