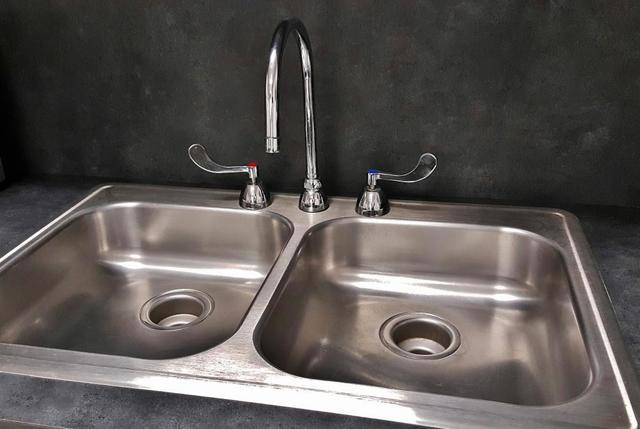 Having a garbage disposal is convenient, but also dangerous. Many of us use it as a catch-all for anything we don’t feel like walking over to the trash can, but that’s a bad idea. As tempting as it is, here are some things you should never put down the garbage disposal.

We’re talking any kind of peels, that super thick end of celery and romaine lettuce, and anything else that you wouldn’t necessarily eat. The fibers gum up the blades AND block up your pipes - a double whammy. (Fun fact: Three pounds of potatoes worth of peels is how we ended up with a plumber at our house on New Year’s night - thanks husband!)

Again, if you wouldn’t eat it, your garbage disposal doesn’t want to either. Chicken or any other kind of bones will clang around in there whenever you turn on the disposal, dinging and dulling the blades until they eventually jam it completely.

Even fully cooked, pasta and rice continue taking on moisture and expanding if given the opportunity. A sink full of running water is a perfect opportunity. They’ll either clog up the pipes or the disposal trap - either way, you’re in trouble.

There’s a reason your grandma had a can next to the stove for bacon grease, and it wasn’t just to cook with later. Putting grease down the sink, garbage disposal or no, can ruin it. When grease cools it isn’t a liquid anymore, and becomes a sludge that clogs pipes and anything else in its way. This also happens with nut butters and other viscous or paste-like foods.

Putting a handful of ice cubes through your garbage disposal every month is a surprisingly easy way to keep it running a little smoother. As the ice grinds up it can clean hard to reach areas of the blades and disposal, and when it’s done, it just melts away. For extra odor elimination, freeze some vinegar and run the vinegar cubes through.