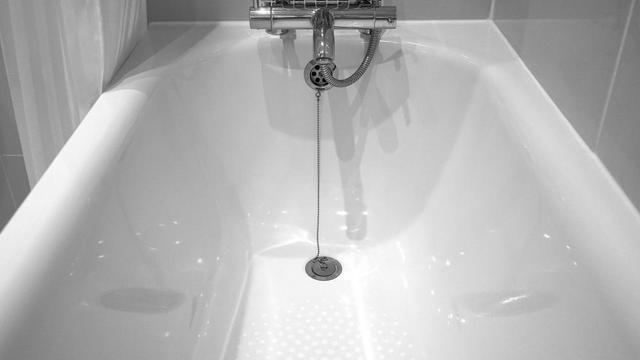 Have you ever taken a shower and accidentally ended up taking a bath as well, because the water kept rising around you? Slow draining bath tubs are inconvenient and can be downright gross. It isn’t difficult to block a drain; here are a few ways it can happen.

Yes, the very thing you use to shower might be ruining your shower experience. Soap, especially bar soap, can collect in your drain and gum up the system. It’s known for getting stuck right below the drain stopper.

Again, the whole purpose of showering can also be what betrays you. If you have a dirty job or even just end up playing in the mud one day, the dirt you wash off can easily get stuck.

This one is probably the biggest cause; if you live with anyone who has long hair, you already knew it was coming. Hair goes down the drain and gets stuck in bends of the pipes as well as at the drain stopper. Combine it with soap residue or dirt mentioned above? You have a gross clog.

This one is more likely to affect sewer pipes than your shower itself but can still contribute to backups. When pipes get old and wear down or break completely, they’re more susceptible to tree roots invading. This blocks drainage and can be a costly fix.

So what can you do?

Believe it or not, commercial drain products aren’t usually recommended. Despite how often you see them advertised, the harsh chemicals can ruin pipes, and if they’re mixed with other cleaning products can produce toxic fumes. Luckily, there are a few things you can try yourself before throwing in the towel and calling in a professional.

The first and easiest thing to do is check the stopper itself. Sometimes they’re fitted poorly (especially if you’ve recently done work on the tub or had anything newly installed) or get jarred out of position and might just be off kilter or stuck. If everything looks good, move on.

We know you don’t want to do it. We know it’s going to be gross. But using a plumbing snake is one of the easiest ways to loosen a hair/debris clog and stop spending your shower standing in lukewarm, dirty water. You can get one for under $10 at any home improvement or hardware store. You just advance the snake until you hit resistance, pull it back, and probably unearth a slimy hairball. (Once that happens, invest in a drain filter to prevent hair from going down the drain in the future).

No, not an actual volcano. But if you ever did a volcano science project in school, you know that baking soda and vinegar produce an impressive fizzy reaction. By creating that reaction in your tub, you can loosen gunk clinging to the pipes and slowing your drain. Just pour baking soda down the drain, pour vinegar in after it, and let it sit for a while. Run the hot water until drainage improves. Note - this generally doesn’t work for hair clogs because even though they’re slowing down drainage, water can still get through.

Really you can call us at any point, but sometimes you want to try to deal with a small issue yourself first. But if nothing works, or you just don’t want to see the hairball, it’s fine - give us a call and one of our licensed, expert plumbers will get you back in shape in less them than it currently takes your tub to drain.