4 Reasons Your Toilet is Leaking 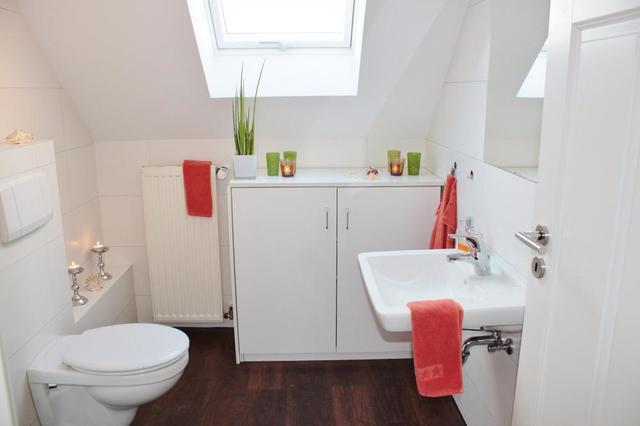 When my husband and I bought our home a few years ago, we had all of the flooring on the first floor removed and replaced with vinyl plank. A few months later, I noticed a strange smell in the half bath but ignored it - I had enough on my mind getting the house how I wanted it. But the smell only got worse as time went on, to the point that we just stopped using that bathroom or even opening the door. It was inconvenient and stressful - we had only been in the house a few months and enough things had already gone wrong.

It took a few more months to prioritize getting it figured out, and only because I guessed that it was just a wax ring problem after noticing water leaking around the base of the toilet. One of our neighbors is a plumber, so he came and looked at it one evening, and discovered that the wax ring was fine - but that the flooring people had cut the bolts that secure the toilet in order to move it for the flooring install, and had simply set it back in place when they were done rather than securing it.

You just rolled your eyes, right?

I tell you this for two reasons. One, to illustrate that stressful problems can occur for the dumbest reasons, and two, to encourage you to get things taken care of sooner than later. Since my solution was to just avoid the room altogether there wasn’t any damage done, but a leak like that could’ve gone all the way through the subfloor and caused structural issues.

Let’s talk about why your toilet might be leaking - assuming no one cut the bolts.

As my problem illustrates, if the toilet isn’t secured tightly to the floor, you will likely see a leak around the base. This means not only do the bolts need to be tightened, but the wax ring has to be secured and in good working order. These wax rings can last as long as the toilet itself - up to 20 or 30 years - if installed properly, but if there’s a leak around the base of your toilet there’s a chance the ring has failed.

Even a hairline crack can cause leaks, and the crack will expand over time. While toilets are strong, they aren’t invincible, so any impact can start the process of a crack forming. If you notice water appearing from seemingly nowhere, inspect the tank and bowl for any signs of cracks.

If the leak is inside your toilet - the tank or bowl fill continuously - there might be an issue with how it was installed. If your tank constantly fills or makes a dripping noise, it could be the flush valve. A flapper issue can cause the bowl to overflow.

Condensation is often mistaken for a leak because it shows up in a similar way - with water running down the toilet. Water in a toilet bowl is typically cool, and bathrooms can get very hot and humid when the shower is running. The result is condensation on the toilet that may pool on the floor and make you think something is wrong. Double check for leaks when the shower hasn’t run in a while.

Toilets are built and installed in a way that you never expect them to fail, which makes it even more frustrating when something goes wrong. If you’ve noticed any of the above problems, call us to schedule an appointment.