Because problems tend to happen in threes, Randy called us with a variety of plumbing issues around the house. First, one of the bathroom faucets had basically fallen apart. There was a drip coming from the garbage disposal. And the outside faucet was leaking for seemingly no reason.

When Jeff arrived, all three problems were luckily pretty straightforward and he was able to diagnose them quickly. As is often the case, the internal components of the inside and outside faucets had worn out and needed to be replaced, and the garbage disposal needed to be replaced entirely.

The internal components (or “guts”) of the outside faucet were replaced for similar reasons - wear and tear over time can lead to leaks as parts break down. While these leaks aren’t dangerous, they can cause annoyances large and small, anything from mud puddles to a high water bill.

The garbage disposal was also worn down and was simply swapped out for a new Insinkerator disposal. Three small projects added up to a big load off Randy’s mind.

Water is a powerful force, and even fixtures designed for it will wear down eventually. We’re here whenever the time comes in your home and are happy to come repair, replace, and renew your home’s plumbing. Call today for a free estimate. 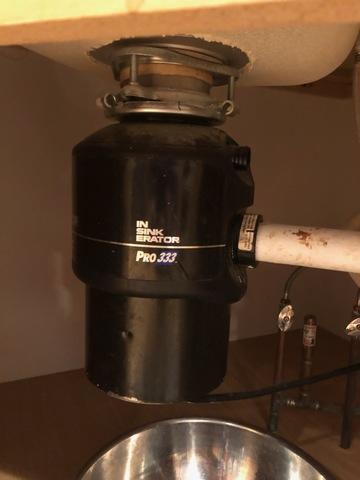 The old, leaking garbage disposal. Note the rust stains on the pipe and the bowl placed below to catch drips. 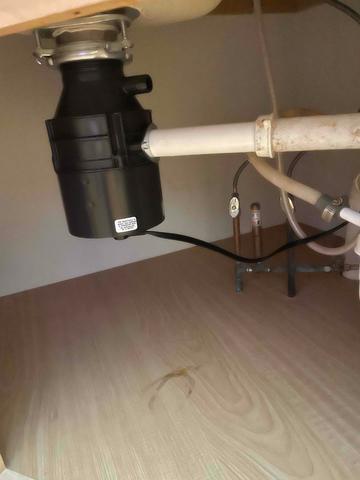 A new garbage disposal and section of pipe replaced the old components to solve the leak. And the customer regained use of a mixing bowl! 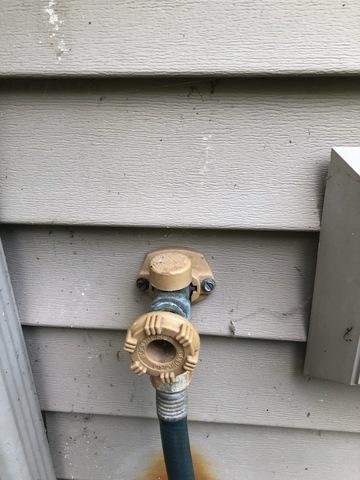 Note the mineralization on the section between the handle and faucet - this causes leaking as the metal breaks down. 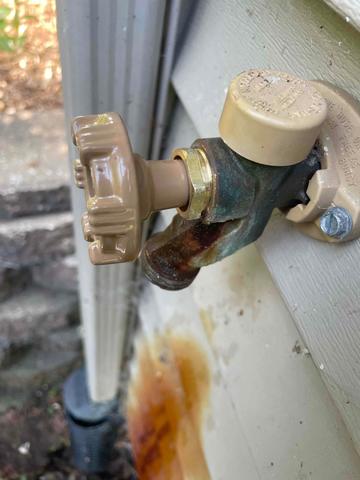 The new internal components will resolve the faucet leak. 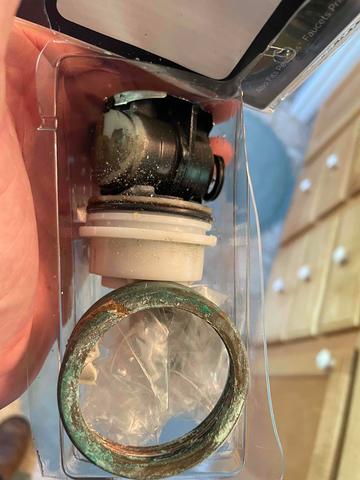 The mineralized and broken down cartridge and bonnet ring from the bathroom faucet.

Back to Previous Page
Back to Case Studies